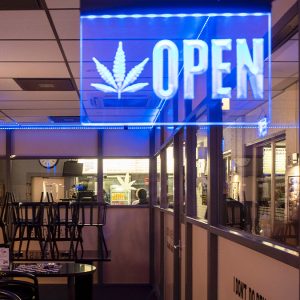 Cannabis sales during coronavirus shutdowns haven’t been the same in every state, with newer cannabis markets seeming to fair better than established markets that depend on tourism.

According to Marijuana Business Daily, Washington is a good test state to see if cannabis is “recession-proof” because it has a relatively mature market that generates a higher portion of sales from locals.

States like Colorado generate a higher amount of cannabis sales from tourists, so even with the leveling off of sales in the state in recent years, Colorado should expect to see a dip in cannabis revenue.

“Estimates prepared for the Department of Revenue suggest that tourists accounted for 7 to 9 percent of marijuana consumption in Colorado between 2014 and 2017,” according to a state budgeting report.

Adult-use cannabis sales in Colorado during April 2020 generated $91 million, a 16% decrease as compared to the same time in 2019

While California saw a modest gain in cannabis sales in April, monthly sales growth was less than before the pandemic. In March, Californians bought $276 million in recreational cannabis, an increase of 53% compared to March 2019. In April, sales equaled $248 million, an increase of only 17%.

With travel all but grounded during the pandemic, Nevada’s cannabis businesses have been hit hard by the lack of tourism. Adult-use cannabis sales fell 26% in the state, earning $38 million in sales in April, down from $54 million in March. According to Will Adler, Director of the Sierra Cannabis Coalition, 80% of recreational and medical marijuana sales in Nevada are generated from tourists.

“With the stay-home order in place, and medical marijuana dispensaries being categorized as essential health services, Oklahoma patients were afforded the ability to take their medicine on a more regular basis and sample a broader range of available medicines,” Scott said.

Cannabis users looking for relief from stress and anxiety could account for increases in marijuana sales that don’t rely on tourism.

“I’ve probably medicated more these past few months. You’ve got people staying home and getting stimulus checks, and what are they spending it on? Things that help keep them calm and collected,” Keith Wiley, owner of Native Brothers Dispensary, told The Oklahoman.

Coronavirus quarantine has people at home, so now is the time to be pro-active with your cannabis or hemp business’s online marketing. Contact Colorado 420 Websites today to take your branding and/or online presence to the next level! 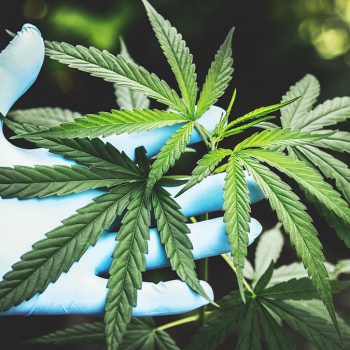