At the beginning of 2020, three states already have marijuana legislation appearing on ballots this November. South Dakotans will have a double dose of marijuana initiatives, as voters decide on both medical and adult-use legalization. Medical marijuana is on the ballot in Mississippi, and New Jersey will give legalizing recreational marijuana another go.

Medical and Recreational marijuana will be on South Dakota’s ballot

This November, South Dakota will be the first state to vote on the legalization of both medical and recreational marijuana on the same ballot.

The ballot initiative for legalizing adult-use marijuana was given the official go-ahead by South Dakota’s Secretary of State earlier this week. South Dakotans for Better Marijuana Laws submitted over 50,000 signatures in support of the initiative, well over the number required to make it on the ballot.

If voters approve the adult-use ballot measure, it will allow adults 21 and older to possess up to an ounce of cannabis as well as cultivation of up to three marijuana plants. The South Dakota Department of Revenue would issue licenses for manufacturers, testing facilities, and retailers. Sales tax on recreational sales would be 15%.

An initiative for medical marijuana will also be put to voters this November after New Approach South Dakota submitted more than 30,000 signatures to the state.

Voters will decide on legalizing medical marijuana in Mississippi

An initiative to create a medical marijuana program in Mississippi has received enough signatures to appear on the 2020 ballot.

Ballot Initiative 65 would legalize medical marijuana for 22 qualifying conditions, including cancer, chronic pain, and post-traumatic stress disorder (PTSD). Each medical marijuana patient would be allowed to possess up to 2.5 ounces of cannabis per 14-day period.

“The polling is extremely positive,” MCC spokesperson Jamie Grantham said. “It polls above 77 percent, with every age group, religious affiliation, political affiliation, and other groups. Also, to that point, we saw the overwhelming support from the number of signatures we received.”

Gov. Phil Bryant (R) and the Mississippi State Board of Health oppose medical marijuana. Lawmakers will have four months to approve, reject, or amend the proposal.

The New Jersey state legislature passed a resolution that will put the question of marijuana legalization to voters in November.

The referendum would legalize possession of marijuana for adults 21 and older and would be subject to a 6.625 percent state sales tax.

Last March, legislation that would have legalized adult-use cannabis in New Jersey was pulled from a vote in the state legislature after failing to secure enough support from lawmakers.

Ready to get your cannabis or hemp based business ahead of the crowd in a new market? Make sure your website, branding and marketing is on point – contact our team at Colorado 420 Websites to get a design package custom for you! 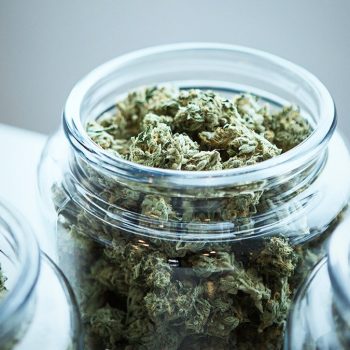