In its tenth year of raising money for multiple sclerosis research, The Clinic’s Annual Charity Classic is happening this Friday. 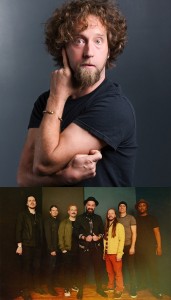 “Multiple sclerosis is an unpredictable, often disabling disease of the central nervous system that disrupts the flow of information within the brain, and between the brain and body,” according to the National MS Society. While MS is not necessarily fatal, it decreases life expectancy by an average of seven years because of complications from the disease.

The tournament will benefit the National Multiple Sclerosis Society and the Rocky Mountain Multiple Sclerosis Center. Registration for a 9-hole scramble is $1,250 per foursome, and single-golfer tickets are $325. The event includes breakfast, catered lunch, open bar, open practice range, and access to the after-party. Tickets for tee times are sold out, but interested in the after-party? No problem. Buy a ticket to the party for $175/person.

There will be a $10,000 prize for a putting challenge, a silent and live auction, as well as games and other entertainment during the tournament. The after-party will feature music from the Denver band The Motet and stand-up comedy from Josh Blue.

The Motet recently teamed up with the Clinic to release a band-themed strain, Starmatter 303. In 2017, Josh Blue partnered with Mountain High Suckers to produce a line of CBD-infused suckers called Josh Blue’s Dream.

“It’s always been important to us that we help people, and we saw a critical need to help those with MS by funding research,” said Clinic CEO Max Cohen. “We are gearing up for the most successful Charity Classic yet, with our very first after-party including live music and comedy from fantastic performers like Josh Blue.”

Over the past nine years, The Clinic’s annual golf tournament has raised over $700,000 for MS research, and the National MS Society named them one of their Top 100 Corporate Team of total historic fundraising in the country.

The Clinic Charity Classic will take place Friday, August 9 from 9 a.m. to 5 p.m. at the Arrowhead Golf Club in Littleton. 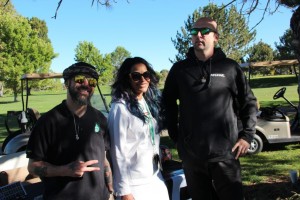 Green Dot Labs CEO Alana Malone said “Jason is remembered and forever honored for his brilliant spirit, boundless love for friends and family, vivacious, relentless character, huge grin, and loud laugh. So many people have been touched by his generosity and genuine interest in connecting people through weed. So many people call him a best friend, a brother, a loved one. He was an important part of the Green Dot Labs family and the cannabis community as a whole. He will be deeply missed.

Diagnosed in January 2018, the cannabis community organized a golf tournament last year to help Margolies pay for his medical expenses.

This year, the tournament continues in Margolies’ honor on October 14 at the Meridian Golf Club in Englewood.

We’re proud of our cannabis community’s efforts and will continue to attend and support these charitable events!

Looking to spice up marketing for your cannabis or hemp themed event or tradeshow? Contact Colorado 420 Websites for a graphic design and branding package today.

Tips to Follow Before You Start a CBD Business 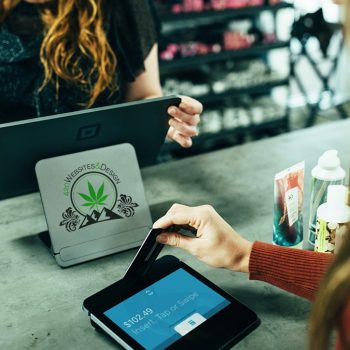