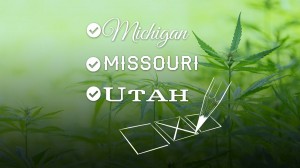 Election Day is finally behind us, and there were big wins for marijuana legalization. Three of the four states that had cannabis on the ballot voted to end cannabis prohibition. Here’s how the votes played out in Michigan, North Dakota, Missouri, and Utah:

Michigan is the first state in the Midwest and the 10th in the country to approve recreational marijuana. Voters approved Proposal 1 by a 56-44 percent margin. Michiganders 21-and-older will legally be able to possess 2.5 ounces or less of marijuana or 15 grams of concentrate, grow up to 12 cannabis plants and store up to 10 ounces from those plants. There will be a 10% tax on adult-use marijuana sales, with revenue going towards regulatory and implementation costs, as well as to municipalities, clinical research, schools, and roads.

The measure takes effect ten days after election results are certified, but don’t expect to buy adult-use marijuana at the store until 2019 or 2020.

North Dakota was the only one of four states with cannabis initiatives to on the ballot to vote against marijuana legalization. Measure 3 was unlike other proposed cannabis legislation in that it would not have set limits on how much an adult 21-and-over could grow or possess and did not include language regarding regulation and taxes. Marijuana convictions would have been expunged.

The initiative was rejected by a 41-59 percent margin. Medical marijuana is already legal in North Dakota.

Amendment 2 will allow doctors to prescribe medical cannabis for ten qualifying medical conditions and patients will be able to cultivate up to six plants. Medical marijuana in the state will be taxed at 4%, with tax revenue going toward regulatory costs and healthcare services for veterans.

Despite the Mormon church’s opposition to passing medical marijuana legislation in Utah, voters in the state approved Proposition 2. The approval of the initiative will allow adults with qualifying medical conditions (including PTSD, cancer, HIV, epilepsy, chronic pain, Crohn’s, Alzheimer’s, and ALS) to consume cannabis. Smoking marijuana will not be permitted, however, and all cannabis consumption must be in the form of edibles, tinctures, oils, or vaporizers.

Proposition 2 passed with a 53-47 percent margin and may have brought more Utahns to the polls. According to a poll released in October, 1 of 5 respondents cited the cannabis initiative as their primary motivation for participating in the election.

The legal cannabis marketplace is growing larger daily! Make sure your cannabis business has marketing online and offline on point – Contact Colorado 420 Websites for a cannabis design package today. 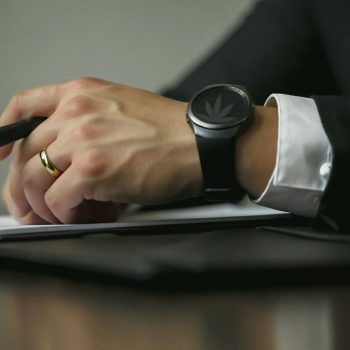