New data released by the Nevada Department of Taxation show that the state made just over a half-billion dollars in its first year of adult-use cannabis sales.

The combined sales of medical, recreational, and cannabis-related products amounted to $529.9 in sales and netted the state $69.8 million in tax revenue–140 percent more than what the state expected to bring in.

For comparison, Colorado sold $303 million worth of cannabis during its first full year of recreational sales. Washington sold $259 million, and Oregon sole $241 million.

Bill Anderson, executive director of the Nevada Department of Taxation, said in a press release that the cannabis industry “has not only exceeded revenue expectations, but proven to be a largely successful one from a regulatory standpoint.”

“We have not experienced any major hiccups or compliance issues,” he added. “As we move into fiscal year 2019, we expect to see continued growth in the industry by way of additional businesses opening up, and we expect revenues to continue to be strong.”

Despite the huge sales numbers, State Senator Tick Segerblom thinks the numbers would be even higher if the state legalized consumption lounges. Currently, cannabis use is banned at casinos and other public venues, leaving tourists with few places to consume.

“You can’t encourage people to come to Nevada to buy marijuana, but tell them they can’t use it or take it home,” he said. “I think the hypocrisy is killing us.”

Looking to get your Nevada cannabis business a leg up in marketing? Get started with a cannabis website & design package from Colorado 420 Websites! 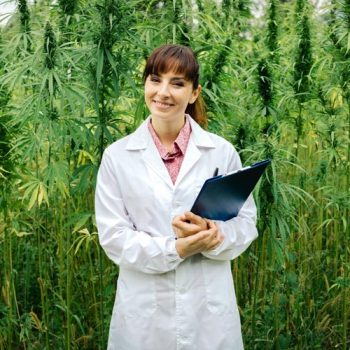