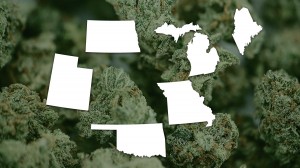 Red and swing states that have traditionally opposed marijuana legalization have been slowly coming around, moving the U.S. closer to national legalization.

Last month, Oklahoma became the 30th state to legalize medical marijuana. Oklahoma has long been known as a conservative, “law-and-order” state, so the fact that a medical marijuana initiative passed with a 57% to 43% margin shows just how much public opinion has shifted.

In Missouri, three (and possibly four) medical cannabis measures could make it onto the ballot this fall.

In Utah, where there’s been fierce opposition from cannabis prohibitionists, voters will finally have their say on medical marijuana. The Salt Lake Tribune released a survey last October that found that 75 percent of the state’s registered voters support medical cannabis.

In Maine–a blue state with an independent electorate and a Tea Party Republican governor–the state legislature overturned Gov. Paul LePage’s veto of a medical marijuana reform bill. One of the most progressive medical marijuana programs in the country, the bill eliminates requiring qualifying conditions allows physicians, nurse practitioners, and physician assistants to recommend medical cannabis at their discretion. Dispensaries in the state will also be allowed to operate more like pharmacies, and patients will be allowed to possess a whopping 8 pounds of cannabis.

Last year, North Dakota voters surprised marijuana advocates by passing a medical marijuana initiative. They may be set to do the same thing this year after the North Dakota Marijuana Legalization Initiative collected more than 18,000 signatures in support of legalizing cannabis for adults 21 and older. If state officials verify at least 13,482 of those signatures, North Dakotans will vote on legalizing recreational marijuana in November.

The swing state of Michigan could become the ninth state (plus the District of Columbia) to legalize recreational marijuana this November. The state legislature took up a citizen-initiated proposal to allow adult-use and commercial sale of cannabis in June but failed to garner enough support. A poll conducted by the National Organization for the Reform of Marijuana Laws (NORML) conducted a survey in February that polled 600 Michiganders on their support for November’s ballot initiative. The poll showed that 61% backed the proposal, and among younger voters (18-34), support was at 87%.

Looking to open a cannabis business in an emerging market? Be sure to have your marketing on point – hire Colorado 420 Websites for a cannabis web design & marketing package today! 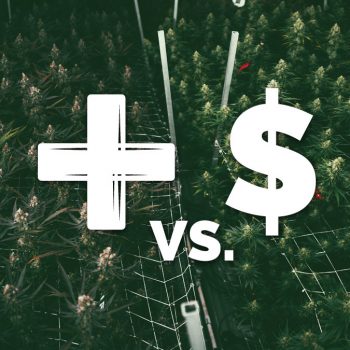 Why Marketing & Brand Design is So Important 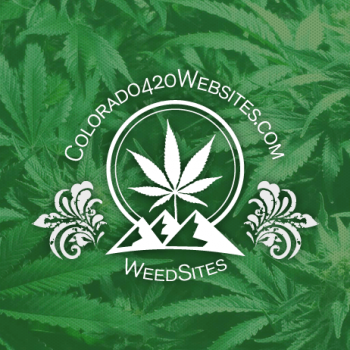