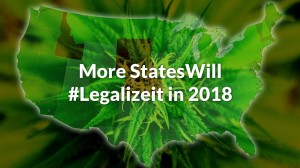 Recreational marijuana is legal in 9 states, plus the District of Columbia, and 29 states have approved marijuana for medical use. 2018 could be one of the most active years for marijuana legalization, with 12 states are slated to vote on recreational or medical marijuana proposals.

Here’s a look at the states likely to approve recreational cannabis measures this year:

The state has had a difficult time getting marijuana legalization off the ground. Last year, lawmakers introduced four bills to legalize and tax the sale of cannabis, but none of them cleared the statehouse.

Supporters of pot legalization argue that they’re missing out on tax revenue that would bolster the state budget. Not legalizing means that all that tax revenue would instead go to neighboring Massachusetts, where recreational marijuana is legal.

The Adult Use Cannabis Task Force was created in 2017 to study the possibility of recreational cannabis legalization. The 25-member panel was expected to release a final report by Jan. 31, but the group has delayed its release until the end of February.

Michigan: The Coalition to Regulate Marijuana Like Alcohol needs 252,523 signatures of registered Michigan voters to get pot legalization on the November ballot. Recent surveys show widespread acceptance of cannabis, with 58 percent of Michiganders supporting legalization.

The new governor of New Jersey, Phil Murphy, campaigned on cannabis legalization and has promised to sign legislation within his first 100 days in office. Former governor Chris Christie was notoriously anti-pot, and New Jersey set an in-state record in 2015 for marijuana possession arrests.

Responsible Ohio will begin collecting signatures this month to get a legalization proposal on the 2018 ballot. In 2015, a ballot measure to legalize marijuana failed.

Like Connecticut, some lawmakers in Rhode Island say that the state is missing out on revenue, while other New England states are benefiting from the increase in tax dollars. Rhode Island formed a legislative commission last year to study the impact of recreational marijuana. The board is expected to release its recommendations later  this month.

Vermont will be the first state in the country to legalize recreational marijuana through state legislation rather than a voter-approved ballot measure. The Vermont House of Representatives approved a legalization bill last week, and it’s expected to be approved by the Senate as well. Republican Governor Phil Scott has said that he’ll sign the legislation.

In May 2017, Scott vetoed legislation approving recreational marijuana, citing the need for a bipartisan commission to examine public health issues surrounding recreational marijuana. In December, Scott told Vermont Public Radio that, “a number of states have already legalized it surrounding us. Whether we like it or not, it’s here, and it’s being utilized, so we have to take steps to promote the general public.”

Looking to get your start in cannabis in one of these legal states? Contact Colorado 420 Websites today – we’re Denver based but we work with clients nationwide! 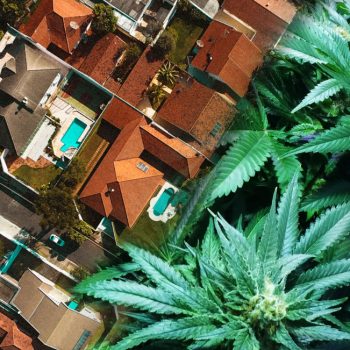 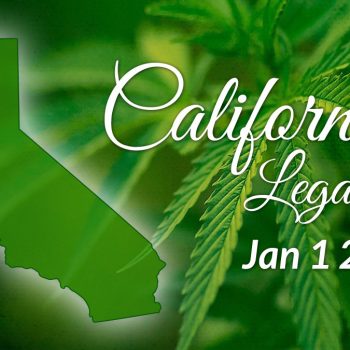