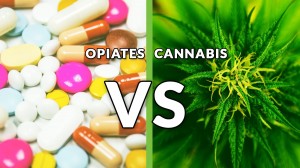 In the two years following the start of recreational marijuana sales in Colorado, a new study published by the American Journal of Public Health (AJPH) found that opioid deaths in the state fell by 6.5 percent.

Addiction to opioids, often prescribed by doctors to treat chronic pain, is higher than ever. The Centers for Disease Control and Prevention reported that more than 64,000 people died from drug overdoses in the U.S in 2016–that’s more than the number of American lives lost during the entire Vietnam war. The number of overdose deaths last year saw a 21 percent increase from the previous year. Approximately three-fourths of all overdose deaths are attributed to opioids.

There’s a growing body of evidence that marijuana is beneficial to opioid users and effective at treating chronic pain. Marijuana essentially has zero chance of fatal overdose. The University of Michigan published a study in 2016 that found that chronic pain sufferers who used marijuana saw a 64-percent drop in opioid use.

The increasing availability of marijuana across the country could have the added benefit of reducing the number of people turning to opioids as a painkiller.

The AJPH researchers behind the new paper stress that their findings are preliminary and that more study is needed. And while there’s a correlation between cannabis and reduced opioid-related death, it’s not enough to say that cannabis is the cause.

“Given the rapidly changing landscape of cannabis and opioid policy in the United States, the need for evidence of the diverse health effects of these laws is increasing,” the researchers wrote.

Robert Valuck, who coordinates the Colorado Consortium for Prescription Drug Abuse Prevention, told the Denver Post that while opioid-related have gone down, deaths from heroin in the state are on the rise–the fear being that people are trading one opiate for another.

“The whole thing is so convoluted, with so many different things going on in the marketplace, it’s virtually impossible to assign cause and effect or credit and blame to any one thing,” Valuck said.

AJPH researchers examined monthly overdose fatalities in Colorado before and after recreational marijuana was legalized in 2014. The researchers charted deaths from opioid painkillers from 2000 to 2015.

Looking to invest in the cannabis industry? Begin your business off the right way with a cannabis design package from Colorado 420 Websites!

Remember DARE? It's back. 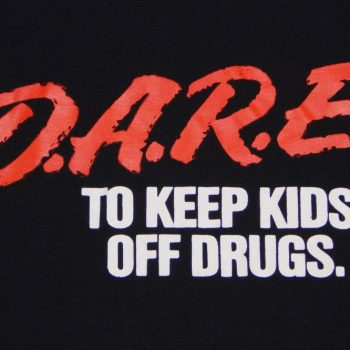