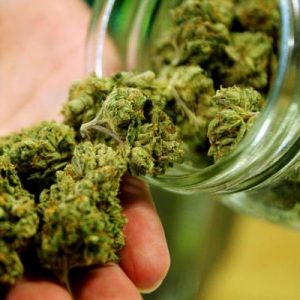 Tech company Eaze is hoping to use e-commerce to bring the weed industry into the future. The San Francisco startup was formed in 2014, and the company’s app allows patients to connect with dispensaries to order cannabis for delivery.

California doesn’t require dispensaries to have a storefront, and in a state that’s an economic powerhouse with a population of nearly 40 million people, it’s uniquely placed to become the testing ground for e-commerce weed delivery. And when recreational marijuana sales begin in 2018 the potential for growth is huge.

New Frontier Data, a cannabis data analytics firm, projects that California’s cannabis sales at about $2.8 billion in 2017. The firm expects that as the cannabis market matures, that number could climb to 6.6 billion by 2025.

John Kagia, New Frontier’s executive vice president of industry analytics, thinks that “California is going to be the most important and the largest single market in the world (for the cannabis industry).”

Colorado has so far opted out of cannabis delivery, fearing that it would invite increased scrutiny from federal enforcement agencies. In Oregon, the city of Portland has legalized delivery services. Nevada is looking to venture into the delivery business, as well.

Despite being federally illegal, Eaze operates in more than 100 cities. The company also has a line of vaporizers,  and they’re planning to create private-label cannabis brands, and offers low-cost marijuana recommendations under EazeMD.

Eaze has secured $24.5 million in venture funding from investors including rapper and entrepreneur Snoop Dogg, as well as a number of well-known Silicon Valley venture-capital firms. Earlier this month Eaze received an additional $27 million in investment capital.

By fiscal year 2020, Eaze is aiming to ship rough equivalent of a 33-foot-cube of marijuana–nearly three joints for every registered voter in the U. S.–to consumers in legal markets.

Sheena Shiravi, head of Eaze’s public relations, said that the growth of e-commerce is “not unique to cannabis. I think that (e-commerce) is the wave of the future…What we see in California is hopefully a pilot for federal regulation.”

Looking to get your California cannabis biz off the ground or just looking to grow your cannabis business online anywhere in the US? Contact us today! 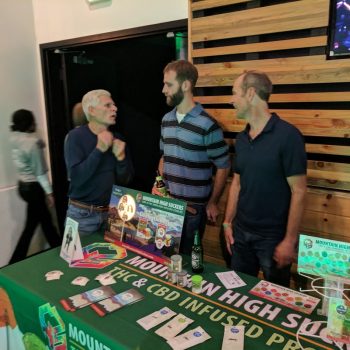