The problem of where to consume cannabis in Colorado has been an issue since recreational marijuana use was approved by voters in 2012. Now, five years later, the city of Denver is ready to become the first in the nation to launch a program allowing businesses to set up social marijuana consumption areas.

As of August 24, Denver’s department of Excise and Licenses began accepting applications from businesses interested in getting in on the growing cannabis industry. Private, invitation only cannabis clubs are already legal, but the new program allows more conventional businesses, like art galleries, coffee shops, concert venues or yoga studios, to wade into the cannabis industry.

A committee of 20 people from the marijuana industry, city council members, and community groups were responsible for hammering out the details of the program.

Some of the rules that the committee came up with were expected: Social use clubs or venues will be strictly 21-and older. Businesses with a social use license will not be allowed to sell cannabis on site, so expect to bring your own weed. Additional restrictions require social use licensees at least 1,000 feet from schools, as well as distance restrictions to keep them at least 1,000 feet away from daycares, public recreation — public parks and community pools — and alcohol and drug treatment facilities.

Additional rules require obtaining backing from a nearby neighborhood or business group, making sure the site isn’t within 1,000 feet of restricted sites, putting together extensive supporting documents and plans, and paying the $1,000 application fee.

However, not everyone is happy with the committee’s final rules. The drafters of the initiative have publicly criticized the results, arguing that the rules don’t reflect the will of voters and undermine existing cannabis laws in Colorado that regulate marijuana like alcohol–Emmett Reistroffer and Kayvan Khalatbari, the creators of the initiative are planning to sue the city.

“Nothing has changed,” Khalatbari says of a potential lawsuit. “All of my comments about this inequality between how they’re treating alcohol and cannabis are the same. We’ve even had a lot of conversations with the mayor’s office since then, and they continue to say there was consensus, and that’s bullshit.”

Many fear that the committee’s rules are so restrictive that businesses will be discouraged by the extensive requirements to obtain a social use license.

Adding to the difficulty, Khalatbari and Reistroffer explain that the distance requirements will make it extremely difficult for businesses to find a space suitable for a social cannabis use.

Reistroffer, who was on the Social Consumption Advisory Committee explains, “Now the pilot program is set up to fail, because there is such little space available in Denver where permits are eligible and none of the original businesses that supported our campaign are able to apply. This means the issue of private consumption clubs and events will continue to proliferate throughout the city without any oversight from the city or feedback from neighbors — and public consumption will continue to occur in public places like parks and sidewalks because there will be no safe access to permitted consumption areas.”

The FDA Wants Your Feedback on CBD! 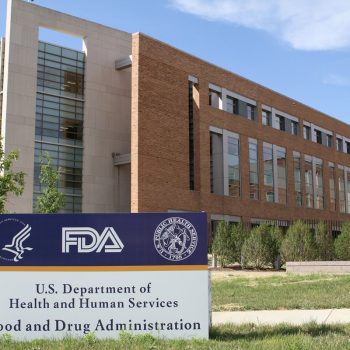