Presidential Candidates Weigh in on Marijuana

Presidential Candidates Weigh in on Marijuana 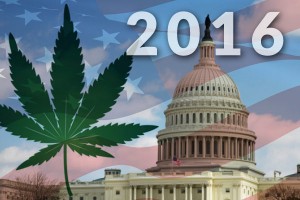 Both marijuana and the political race have dominated the news in recent months, and the outcome of the presidential election could have a huge impact on marijuana policy nationwide. Democrats and Republicans have widely different positions on medical and recreational cannabis. The Marijuana Policy Project has published the candidates’ positions and on-the-record statements, summarized here:

In November 2015, Senator Sanders proposed legislation that would allow states to regulate marijuana like alcohol and tobacco. He has expressed concern regarding marijuana incarceration rates: “Someone in the United States is arrested every minute on marijuana charges. Too many Americans have seen their lives destroyed because they have criminal records as a result of marijuana use. That’s wrong. That has got to change.”

The proposed legislation would remove marijuana from federal drug schedules, and marijuana businesses would have access to banking and standard tax deductions.

“Bernie favors removing marijuana from the list of controlled substances regulated by federal law. Under Bernie’s proposal, people in states which legalize marijuana no longer would be subject to federal prosecution for using pot. Owners of stores that sell marijuana could fully participate in the banking system, like any other business.”

Secretary Clinton supports reclassifying marijuana from Schedule I to Schedule II, which would finally allow broader scientific research. She does not support incarceration for marijuana use or possession. Clinton has not taken a clear position on recreational marijuana laws, saying that she wants to wait and see what happens in states that have legalized it.

“I think that we have the opportunity through the states that are pursuing recreational marijuana to find out a lot more than we know today. I do support the use of medical marijuana, and I think even there we need to do a lot more research so that we know exactly how we’re going to help people for whom medical marijuana provides relief.”

TV personality and businessman Donald Trump has changed his position on marijuana since 1990, when he supported legalizing all drugs. He supports medical marijuana and states’ rights in constructing marijuana policies. He does not support legalizing marijuana for adult recreational use.

Senator Cruz has previously criticized President Obama for not enforcing federal law after Colorado and Washington approved recreational marijuana use. In more recent months, he’s come out in favor of states’ rights, although he does not support drug legalization.

“That’s a legitimate question for the states to make a determination. And the citizens of Colorado and Washington State have come to a different conclusion. They’ve decided that they want to legalize it. I think it is appropriate for the federal government to recognize that the citizens of those states have made that decision. One of the benefits of it … is we can now watch and see what happens in Colorado and Washington State.”

Senator Marco Rubio does not support legalization of recreational or medical marijuana. In February 2016, he said, “There’s no positive impact to using marijuana,” and that if there are any medical benefits it should be taken to the FDA for approval. In a July 2014 interview, Senator Rubio said, “If there are medicinal uses of marijuana that don’t have the elements that are mind-altering or create the high but do alleviate whatever condition it may be they are trying to alleviate, that is something I would be open to.”

He believes that the federal government should enforce drug laws, even in states that have legalized marijuana. When asked if he would enforce federal law and shut down regulation in Colorado:

“Yes. Yes, I think, well, I think we need to enforce our federal laws. Now do states have a right to do what they want? They don’t agree with it, but they have their rights. But they don’t have a right to write federal policy as well. It is, I don’t believe we should be in the business of legalizing additional intoxicants in this country for the primary reason that when you legalize something, what you’re sending a message to young people is it can’t be that bad, because if it was that bad, it wouldn’t be legal.”

When asked about states that have adopted laws making marijuana legal for adults: “The people in those states have voted that way. The federal government has decided to kind of look the other way. I feel very strongly in my state, I’m going to oppose, and they’re going to put something on the ballot to legalize drugs. I’m totally opposed to it, because it is a scourge in this country. Now I would have to give it thought as to, I probably would not from the standpoint that the states have gone forward to prove that. I haven’t thought about this. I’d have to give it a little thought. … In my state and across this country, if I happened to be president, I would lead a significant campaign down at the grassroots level to stomp these drugs out of our country.”

Read more about presidential candidates and their positions on cannabis at Marijuana Policy Project: https://www.mpp.org/2016-presidential-candidates/ 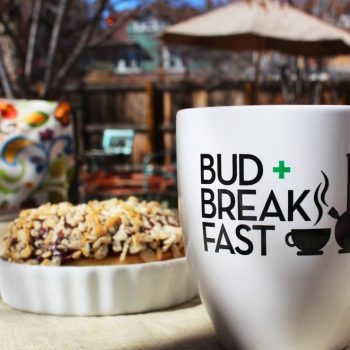